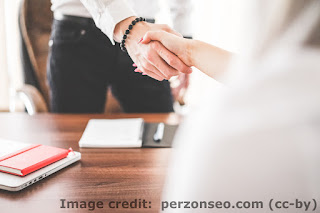 CTV News reported on a town hall meeting in Kelowna, British Columbia, and the push back that Prime Minister Trudeau had to endure. It seems that some in the Liberal caucus, and the Prime Minister himself are a bit surprised that the country isn't jumping on this taxing small business bandwagon. Maybe it's because most people understand that the truly wealthy people of Canada will be unaffected by this change, and the people who are only "comfortable" will be hit, and in some cases hit hard.

You want a fair tax system? Get rid of income tax, and focus on a consumption tax like the GST. Don't single out the one segment of the population that is taking the biggest risk to create jobs. It is my opinion that if we'd raise the GST by somewhere around 5% to 7%, we could abolish income tax all together. Then, the government would be taxing the people with money, and not taxing the poor.

Of course, there could be no tax on children's clothing, food, books, cars under $10K or $15K, and a few other "essentials". But when someone goes out and buys a 60 inch TV? Damn straight they should be taxed. Someone buys a new car... absolutely? But someone buys school books or clothes? Not a chance. If you don't have money, you're not going to spend the little you have on the latest technologies and luxury items. But those people with money tend to replace these things at an alarming rate.

Fair taxation? Give me a break. The current tax rules in Canada are so complicated that only people with money, such as Mr. Trudeau, can take full advantage of all the loopholes. The rest of us file our income tax and HOPE we haven't left too much meat on the bone.